Generic substitutions: When they can safely save patients $$

So many meds, so many names and often so many manufacturers. With the specialization of today’s medical providers, patients typically have multiple doctors who can potentially prescribe meds that are either duplicates, are meant to accomplish the same thing, or can have dangerous interactions with each.

A critical aspect of medication management is to help ensure that doesn’t happen. But another value the RxLive team is dedicated to bringing is to help providers’ patients save money. In the ever-expanding area of pharmacology, clinical pharmacists are uniquely knowledgeable both in finding both dangerous drug interactions and the ability to help save patients sometimes significant dollars.

While we’ve talked in earlier blogs about how to find and when to use — or not use — discount (such as GoodRx) or membership programs versus insurance coverage, often another easy way to save patients’ $s is to substitute generic drugs for name-brand prescriptions when appropriate. Pharmacists are best positioned to have this conversation with patients, since we have experience billing insurance and we can educate on how the FDA regulates generic drugs. 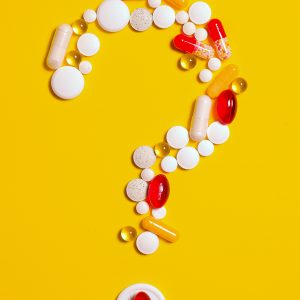 First, let me state that patients should understand that generic medications through reputable sources are designed to be just as effective as their brand-name counterparts. Patients are sometimes leery, and it’s part of our pharmacists’ role why exclusive patents may have run their course and thus enabling equivalent generics to come onto the market at an often significantly lower price. The FDA has a lot of great patient-facing information to ease these concerns, which can be found ​here​, with content in both English and Spanish.

After three-plus years’ experience with thousands of RxLive patient consults, here I’ll call attention to a few that have been prevalent with our patient population.

About a year ago, there were three new generic inhalers released for Advair Diskus, Proair HFA and Ventolin HFA​. The fluticasone/salmeterol generic known as Wixela is available in pharmacies for around $150 per inhaler with a GoodRx coupon or a savings club membership, which is about 50% cheaper than the brand inhaler. However, some insurance plans are still preferring the brand Advair, while others prefer the alternative dosing “generic” (not A/B rated) to AirDuo, which is an HFA rather than diskus.

Albuterol HFA is available in pharmacies for as little as $30 per inhaler, which is 50% cheaper than brand-name Ventolin. The specific conversions for ProAir and Proventil are the following: Perrigo has released a generic albuterol inhaler that can take the place of ​ProAir HFA (3M)​. Cipla has also released an albuterol inhaler that can be used instead of ​Proventil HFA (Teva)​.

First, of course, the good news from recent months — As of the 2021 calendar year, now thousands of Medicare Part D plans and Medicare Advantage (Part C) plans that include Part D include the new Senior Savings Model, under which a broad set of plan-formulary insulins cost no more than $35 for a month’s supply. According to CMS, the model is in effect in the deductible, initial coverage and coverage gap phases of the Part D benefit.

As a result, CMS estimates that beneficiaries who take insulin and enroll in a plan participating in the model should save an average of $446 in annual out-of-pocket costs on insulin, or over 66 percent, relative to their average cost-sharing prior to this year. (More information on this page of CMS.gov.)

A reminder that the operative words in the paragraph above is plan formulary insulins. Especially since one-third of Medicare beneficiaries have diabetes and over 3.3 million of them use one or more forms of insulin, their particular plan’s formulary is, as always, important to check. Our clinical pharmacists of course always do as we evaluate their medication regime and especially before making any change suggestions.

Depending on that formulary, here are some pre-2021 model options that may guide a change to improve effectiveness for that patient or enable a change for an insulin covered under the new savings model.

For example, switching the patient is on ​Humalog​, we can consider switching to Insulin Lispro (again, after checking the formulary preference!). This was launched May 2019 and is an A/B rated “authorized generic.” The list price of Lispro is traditionally been about half that of Humalog so may be on more savings plan Part D formularies. Another substitute for Humalog is Admelog. It’s a biosimilar made by a competing company, Sanofi. However, it only costs 15% less than Humalog, but is more available than Lispro to people with commercial insurance.

If the patient is on ​Novo Nordisk’s Novolog and 70/30 mix​, Insulin Aspart and Insulin Aspart Mix can be considered. Both are meal-time insulin brands with both pen and vial options. These authorized generics are exactly the same as NovoLog and mixed insulins, but at a 50% lower cost.

If a patient is on Sanofi’s basal ​Lantus insulin​, Basaglar can be considered; it’s technically called a follow-on insulin because of its regulatory pathway. However, in Europe it’s considered a biosimilar. It generally costs about 15% less than Lantus.

Generics: A critical component for medication adherence and cost savings

In summary, generics can be a critical component to any patient’s medical management, and particularly now for patients who have Medicare Part D with the Senior Savings Model, or patients with commercial insurance that’s following similar guidelines. Know that whenever our clinical pharmacists see a brand-name drug that is high cost to the patient, we check to see if there is a generic substitution available, or something else covered by their insurance plan’s formulary.

Along with optimal clinical outcomes, saving the patient money is a value the RxLive team is committed to bringing both our patients and providers.