Calcium = Strong bones. But what about hearts?

One such area is cardiology, where there’s a potential concern that non-dietary calcium supplements may increase the chance of cardiac calcification in the arteries. In this blog, I’ll address that study and evidence-based recommendations based on its findings and other sources.

The study many cardiologists may be referencing was published in the Journal of American Heart Association (JAHA) on Oct. 11, 2016 titled “Calcium Intake from Diet and Supplements and the Risk of Coronary Artery Calcification and its Progression Among Older Adults: 10-Year Follow-up of the Multi-Ethnic Study of Atherosclerosis (MESA).”

Co-author John Anderson, PhD, explained that the researchers were motivated to look at the effects of calcium on the heart and vascular system. Studies had already shown that ingested calcium supplements don’t make it to the skeleton or get completely excreted in the urine, so he stated that they must be accumulating in the body’s soft tissues. In addition, as a person ages, calcium-based plaque builds up in the aorta and other arteries, which can impede blood flow and increase the risk of a heart attack. 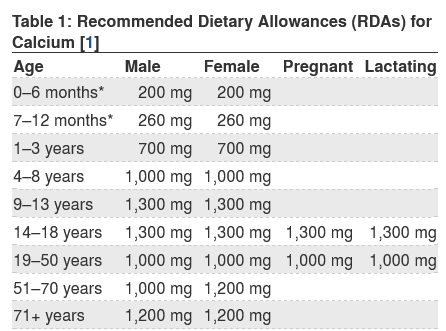 The study examines detailed information from the Multi-Ethnic Study of Atherosclerosis, a long-running research project funded by the National Heart, Lung and Blood Institute. The study focused on 2,742 participants who completed a 120-part questionnaire about their dietary habits, as well as two study-related CT scans 10 years apart.

Next, researchers examined the differences between those taking only dietary calcium and those also using calcium supplements. After accounting for the same demographic and lifestyle factors that could influence heart disease risk, they found that the supplement users showed a 22% increased likelihood of having their coronary artery calcium scores rise higher than zero over the decade. This indicates a development of heart disease. However, researchers cautioned that their work only documents an association between calcium supplements and atherosclerosis and doesn’t prove cause and effect.

Regarding a high dietary intake of calcium (over 1,022 mg per day), there was no increase in relative risk of developing heart disease over the 10-year study.

The study found no negatives to a diet rich in calcium, which is a good place to start if a patient needs to increase their calcium consumption. (A reminder that the FDA has established the daily value or DV for calcium at 1,300 mg for adults and children age 4 years and older.)

There doesn’t seem to be an association with coronary artery calcification with a calcium intake of 400 mg to 1,400 mg, dietary or not. If the patient can’t get all of the necessary calcium through diet, a smaller-dose supplement could be beneficial…such as 500 mg from diet, plus 500 to 600 mg from calcium supplements.

According to the CDC, 43% of adults take calcium supplements. These supplements should still be recommended in moderation, especially for patients who need the extra bone support.

The most abundant mineral in the body and vital for bone and teeth health, calcium is found in some foods, added to others, available as a dietary supplement, and present in some medicines, such as antacids. Here are some calcium-rich foods (and the amount of calcium associated with each) that are good suggestions for adding to a patient’s diet:

For other foods, see the U.S. Dept. of Agriculture’s (USDA) Agricultural Research Service’s searchable FoodData Central, which provides the nutrient content of many foods including a comprehensive list of foods containing calcium, arranged by nutrient content and by name of the food or beverage (PDFs).

Whether in dietary or supplement form, calcium is a critical mineral for a patient’s good health. While healthy foods rich in calcium are typically the recommended first choice, some patients may still need a calcium carbonate or calcium citrate supplement.

It’s important to remind patients that while food delivering 20% or more of the recommended daily value of a nutrient such as calcium are important, other foods providing lower percentages of a DV also can contribute to a healthy diet. Patients should also be reminded that calcium content, like many other nutrients, varies slightly by fat content, affecting its positive health contribution. Big surprise…the more fat in a food — such as anything fried vs. broiled or baked — the less nutritious it is. A good reminder for us all.

After all, we are indeed what we eat.